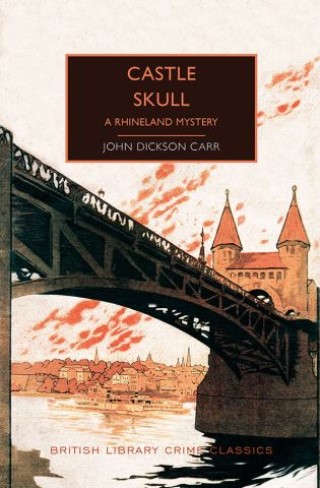 Mystery crime fiction written in the Golden Age of Murder

That is the case. Alison has been murdered. His blazing body was seen running about the battlements of Castle Skull.

And so a dark shadow looms over the Rhineland where Inspector Henri Bencolin and his accomplice Jeff Marle have arrived from Paris. Entreated by the Belgian financier DAunay to investigate the gruesome and grimly theatrical death of actor Myron Alison, the pair find themselves at the imposing hilltop fortress Schloss Schädel, in which a small group of suspects are still assembled.

As thunder rolls in the distance, Bencolin and Marle enter a world steeped in macabre legends of murder and magic to catch the killer still walking the maze-like passages and towers of the keep.