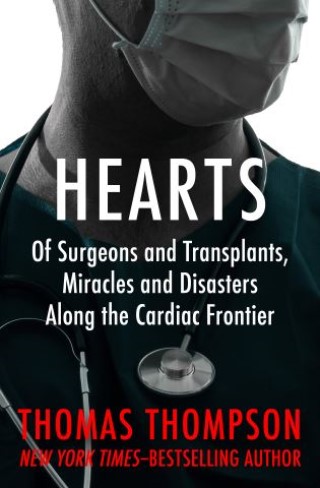 Of Surgeons and Transplants, Miracles and Disasters Along the Cardiac Frontier

By 1970, the Texas Medical Center in Houston was the leading heart institute in the world, home to the field’s two most distinguished surgeons: Dr. Michael Ellis DeBakey and his young and ambitious disciple, Dr. Denton Arthur Cooley. Their combined mastery in occlusive disease, coronary artery bypass surgery, angioplasty, and heart transplants was unparalleled. For years they worked across the same operating table focused on, and fighting toward, the same lifesaving goals.

But what began as a personal friendship and a mutually respectful professional partnership soon deteriorated into a jealous and embittered feud. Though their discord was a cause célèbre among colleagues, it would take award-winning investigative journalist Thomas Thompson to uncover the stunning betrayals and simmering resentments that fueled one of the most famous rivalries in the history of medicine.

Weaving the story of DeBakey and Cooley with the stories of patients suffering life-threatening medical conditions, Thompson paints a fascinating portrait of the risks and rewards of cutting-edge science. From devastating tragedies to miraculous breakthroughs, Hearts is a richly detailed and utterly “compelling” account of the turmoil and tension behind one of the greatest medical achievements of the twentieth century (Time).

Thomas Thompson:
Thomas Thompson (1933–1982) was a bestselling author and one of the finest investigative journalists of his era. Born in Forth Worth, Texas, he graduated from the University of Texas at Austin and began his career at the Houston Press. He joined Life as an editor and staff writer in 1961 and covered many major news stories for the magazine, including the assassination of John F. Kennedy. As Paris bureau chief, Thompson reported on the Six-Day War and was held captive by the Egyptian government along with other Western journalists. His first two books—Hearts (1971), about the rivalry between two famous Houston cardiovascular surgeons, and Richie (1973), the account of a Long Island father who killed his drug-addicted son—established Thompson’s reputation as an originator, along with Truman Capote, of the “nonfiction novel.” In 1976, Thompson published Blood and Money, an investigation into the deaths of Texas socialite Joan Robinson Hill and her husband, John Hill. It sold four million copies in fourteen languages and won the Edgar Award and the Texas Institute of Letters prize for best nonfiction book. To research Serpentine (1979), an account of convicted international serial killer Charles Sobhraj, Thompson flew around the world three times and spent two years in Asia. His other books include Lost! (1975), a true story of shipwreck and survival, and the novel Celebrity (1982), a six-month national bestseller. Among numerous other honors, Thompson received the National Headliner Award for investigative reporting and the Sigma Delta Chi medallion for distinguished magazine writing.