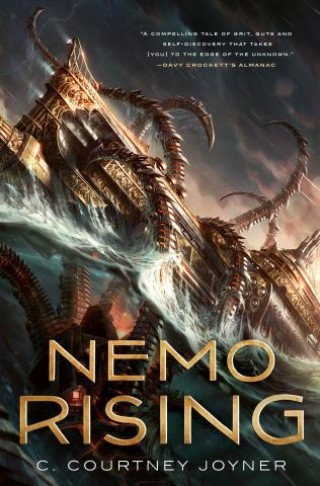 An exciting sequel to the Captain Nemo adventures enjoyed by millions in Jules Verne's 20,000 Leagues Under the Sea.

Sea monsters are sinking ships up and down the Atlantic Coast. Enraged that his navy is helpless against this onslaught and facing a possible World War as a result, President Ulysses S. Grant is forced to ask for assistance from the notorious Captain Nemo, in Federal prison for war crimes and scheduled for execution.

Grant returns Nemo’s submarine, the infamous Victorian Steampunk marvel Nautilus, and promises a full Presidential pardon if Nemo hunts down and destroys the source of the attacks. Accompanied by the beautiful niece of Grant’s chief advisor, Nemo sets off under the sea in search of answers. Unfortunately, the enemy may be closer than they realize...

C. Courtney Joyner: C. COURTNEY JOYNER is an award-winning writer of fiction, comics, and screenplays. He has more than 25 movies to his credit, including the cult films Prison, starring Viggo Mortensen; From a Whisper to a Scream, starring Vincent Price; and Class of 1999, directed by Mark Lester. A graduate of USC, Joyner's first produced screenplay was The Offspring, which also starred Vincent Price. Joyner's other scripts have included TV movies for CBS, USA, and Showtime. He is the author of The Shotgun western series and Nemo Rising.