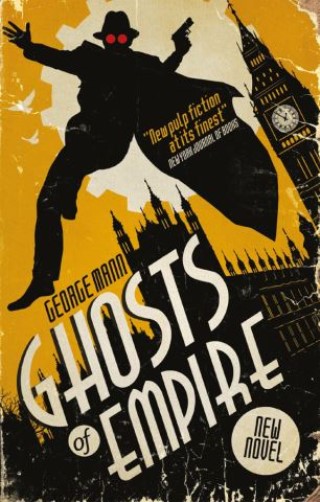 In the aftermath of the events seen in Ghosts of Karnak, and with the political climate somewhat eased, Gabriel takes Ginny to London by airship to recuperate. But he isn’t counting on coming face-to-face with a man who claims to embody the spirit of Albion itself, sinister forces gathering in the London Underground and an old ally – the British spy, Peter Rutherford – who could desperately use his help.

George Mann: George Mann is the author of the Newbury and Hobbes and The Ghost series of novels, as well as numerous short stories, novellas and audiobooks. He has written fiction and audio scripts for the BBC’s Doctor Who and Sherlock Holmes. He is also a respected anthologist and has edited The Solaris Book of New Science Fiction and The Solaris Book of New Fantasy. He lives near Grantham, UK.