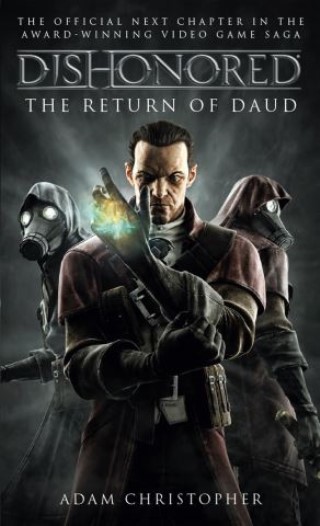 Dishonored - The Return of Daud

As Empress Emily Kaldwin flees Dunwall after the coup by Delilah Copperspoon and Duke Luca Abele of Serkonos, a lone figure watches, the Mark of the Outsider burning on his hand.

Daud—legendary assassin—has returned to Dunwall, a city in turmoil. He is seeking a mythical weapon, said to have the power to kill the Outsider, and will go to any lengths to find it. But there are those who are watching his every move. Travelling the Isles to complete his mission, Daud will soon discover that old enemies have been waiting for him, and new enemies are easy to make…

Adam Christopher: Adam Christopher is a novelist, comic writer, and award-winning editor. Adam is the author of The Burning Dark and the LA Trilogy, as well as co-writer of The Shield for Dark Circle Comics. His debut novel, Empire State, was SciFiNow’s Book of the Year and a Financial Times Book of the Year for 2012. Born in New Zealand, he has lived in Great Britain since 2006.