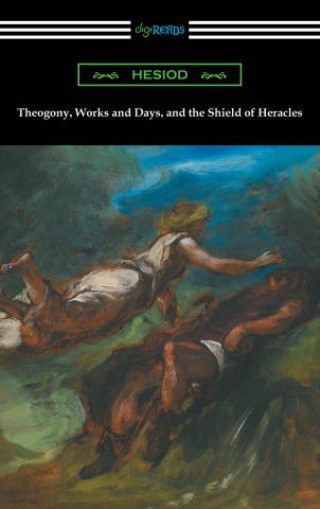 Theogony, Works and Days, and the Shield of Heracles (translated by Hugh G. Evelyn-White)

Greek poet Hesiod, who lived sometime during the 8th and 7th century B.C., is regarded as one the most important poets of classical antiquity. What little is known of him largely comes from his own epic poetry, in which he unconventionally inserted details of his life. Only three of his works, the “Theogony,” “Works and Days,” and the “Shield of Heracles” survive to this day in their entirety. The “Theogony” is a foundational work of Greek mythology which concerns the creation of the world and the origins and genealogies of the Greek gods. In synthesizing the variety of local Greek traditions concerning the gods into a single narrative, Hesiod’s “Theogony” would give uniformity to his culture’s myths in a way that would be highly influential. Also included in this volume is Hesiod’s “Works and Days,” in which the poet argues that labor is a fundamental condition of human existence and to those who are willing to work success will most surely be achieved. A treatise on the virtue of hard work, “Works and Days” is a didactic poem addressed to his brother Perses, who has squandered his inheritance, and who through bribery has deprived Hesiod of part of his own patrimony. Lastly in this volume is the “Shield of Heracles” a work which details the conflict between the mythological figures of Heracles and Cycnus. This edition follows the translations of Hugh G. Evelyn-White.