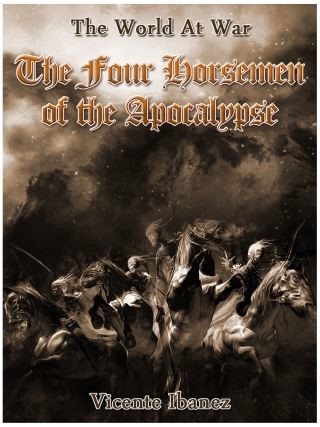 The Four Horsemen of the Apocalypse

"The Four Horsemen of the Apocalypse" presents a new view point from which to see and feel World War I, the Great War. All characters see the war through the eyes of their own country. It is rich and varied in scene, human in its characterisations, interesting throughout, and above all, refreshingly straightforward and conclusive on the subject of the gers and their methods of warfare.

Vicente Blasco Ibanez: Vicente Blasco Ibáñez (29 January 1867 – 28 January 1928) was a journalist, politician and best-selling Spanish novelist in various genres whose most widespread and lasting fame in the English-speaking world is from Hollywood films adapted from his works. (Wikipedia)