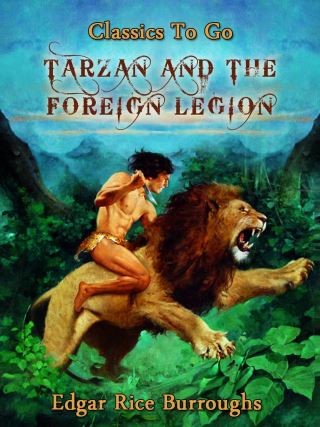 Tarzan and the Foreign Legion

While serving in the R.A.F. under his civilian name of John Clayton, Tarzan is shot down over the island of Sumatra in the Japanese-occupied Dutch East Indies. He uses his jungle survival skills to save his comrades in arms, and they fight the Japanese while seeking escape from enemy territory. (Wikipedia)

Edgar Rice Borroughs: Edgar Rice Burroughs (September 1, 1875 – March 19, 1950) was an American writer best known for his creations of the jungle hero Tarzan and the heroic Mars adventurer John Carter, although he produced works in many genres.(Wikipedia)