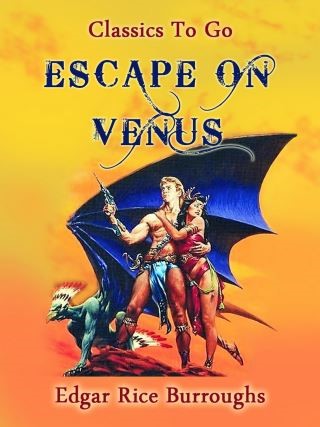 In the final novel of Edgar Rice Burroughs's Venus series, stalwart Earthman Carson Napier and his mate, the beautiful Duare, are trying to find their way back to Korva, the country that became their home in the previous book. We follow them from mishap to mishap as they encounter a nation of fish-men, the cult of a strange goddess, a macabre museum whose living exhibits are paralysed then mounted, and a war between navies of huge land-bound ships on a great plain.

Edgar Rice Borroughs: Edgar Rice Burroughs (September 1, 1875 – March 19, 1950) was an American writer best known for his creations of the jungle hero Tarzan and the heroic Mars adventurer John Carter, although he produced works in many genres.(Wikipedia)