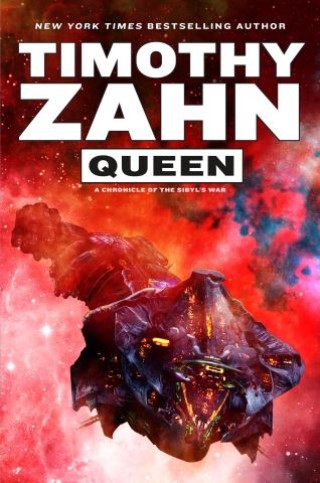 A Chronicle of the Sibyl's War

Nicole Hammond is a Sibyl, a special human that has the ability to communicate with a strange alien ship called the Fyrantha.

However, Nicole and all other sentient creatures are caught up in a war for control between two competing factions. Now, the street-kid turned rebel leader has a plan that would restore freedom to all who have been shanghaied by the strange ship.

She just has to unite the many alien races being forced to combat for their freedom, dodge slaving war profiteers determined to capture her, and convince an AI at war with itself to trust her above all else.

Timothy Zahn: Timothy Zahn is the author of more than forty science fiction novels. He has also written many short stories, as well as Cascade Point, which won the Hugo Award for best novella. His other works include the Dragonback series, of which Dragon and Thief was an ALA Best Book for Young Adults, and the bestselling Star Wars™ novel, Heir to the Empire. Zahn lives in Oregon.