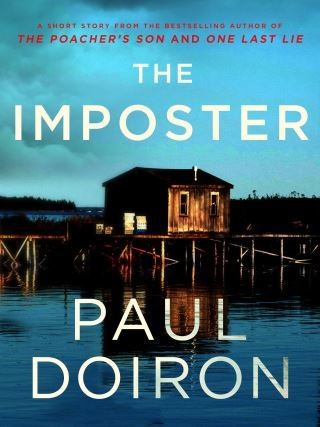 In this original short story in the bestselling Mike Bowditch mystery series by Paul Doiron, Mike is confronted with a case of stolen identity.

When the body of a young man is pulled from a submerged car in Roque Harbor, rookie game warden Mike Bowditch is shocked when the man’s driver’s license identifies him as none other than…Mike Bowditch. For weeks, Mike and his colleagues have been fielding reports of a man terrorizing the locals while posing as a game warden, wielding a plastic pin-on badge and claiming to be “Warden Bowditch”. Who is the imposter, and how did he end up dead in the bottom of a harbor? Mike must uncover the truth in order to clear his own name.

Paul Doiron: A native of Maine, bestselling author PAUL DOIRON attended Yale University, where he graduated with a degree in English. The Poacher’s Son, the first book in the Mike Bowditch series, won the Barry award, the Strand award for best first novel, and has been nominated for the Edgar, Anthony, and Macavity awards in the same category. He is a Registered Maine Guide specializing in fly fishing and lives on a trout stream in coastal Maine with his wife, Kristen Lindquist.