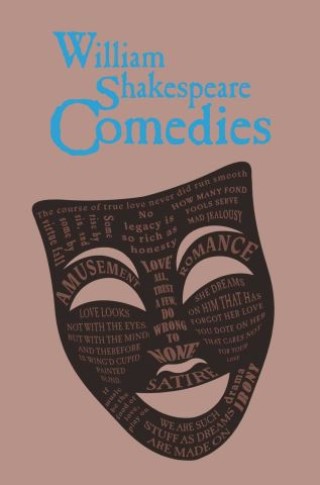 Bring on the merriment whenever you open this collection of Shakespeare’s entertaining comedies.

The comedies of William Shakespeare—including The Tempest, The Comedy of Errors, A Midsummer Night’s Dream, and As You Like It—have entertained readers and theatergoers for centuries. This elegant Word Cloud edition of Shakespeare’s Comedies includes all fourteen of the Bard’s comedies in a single volume so readers can revisit their favorite plays and passages with ease.

William Shakespeare: Born in 1564 in Stratford-upon-Avon, Warwickshire, England, William Shakespeare is widely regarded as the greatest writer and playwright in the English language. In 1594 he founded the acting company the Lord Chamberlain's Men, later the King's Men, in London. He died in 1616.