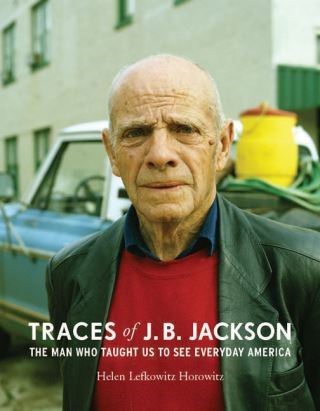 Traces of J. B. Jackson

The Man Who Taught Us to See Everyday America

J. B. Jackson transformed forever how Americans understand their landscape, a concept he defined as land shaped by human presence. In the first major biography of the greatest pioneer in landscape studies, Helen Horowitz shares with us a man who focused on what he regarded as the essential American landscape, the everyday places of the countryside and city, exploring them as texts that reveal important truths about society and culture, present and past. In Jackson’s words, landscape is "history made visible."

After a varied life of traveling, writing, sketching, ranch labor, and significant service in army intelligence in World War II, Jackson moved to New Mexico and single-handedly created the magazine Landscape. As it grew under his direction throughout the 1950s and 1960s, Landscape attracted a wide range of contributors. Jackson became a man in demand as a lecturer and, beginning in the late 1960s, he established the field of landscape studies at Berkeley, Harvard, and elsewhere, mentoring many who later became important architects, planners, and scholars. Horowitz brings this singular person to life, revealing how Jackson changed our perception of the landscape and, through friendship as well as his writings, profoundly influenced the lives of many, including her own.