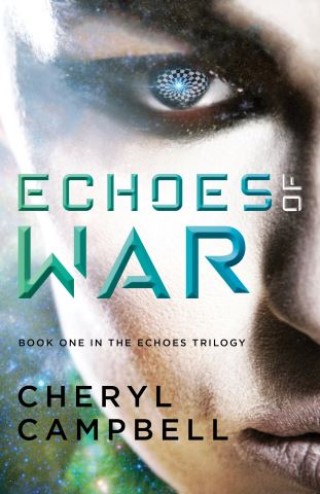 Book One in the Echoes Trilogy

• Science fiction and fantasy popularity and sales roughly double each decade. • Between May 2017 and April 2018, the number one top-selling scifi subgenre was military scifi. (SWFA Annual Nebula Conference) • From 2013 to 2016, the author published a 5-book fantasy series on Amazon and Smashwords in paperback and ebook, winning first place in science fiction at the 2016 New England Book Festival, and an honorable mention 2013, 2014, and 2017. • The protagonist is a female hero that struggles with making an impact for the greater good while also dealing with mental health issues, insecurities, and her internal antagonist. • The book has strong ties to a New England and Maine audience, and the plot is based in those locations. • Author has promised blurbs from Kris Hiatt, fantasy writer of the Saga of the Wolf series, #1 bestseller in Epic Fantasy on Amazon. AUDIENCE: • Adult science fiction/fantasy fans • Readers that like stories with an underdog or a seemingly impossible David vs. Goliath scenario • New England readers, particularly those in Maine • Readers who enjoy stories with a female lead