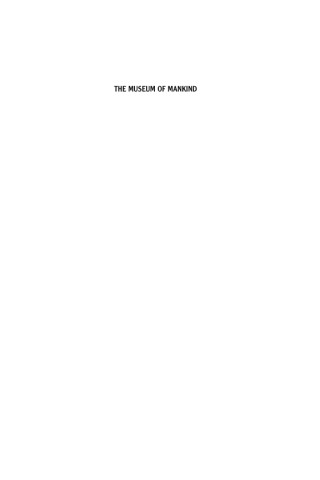 The Museum of Mankind

Man and Boy in the British Museum Ethnography Department

The Museum of Mankind was an innovative and popular showcase for minority cultures from around the non-Western world from 1970 to 1997. This memoir is a critical appreciation of its achievements in the various roles of a national museum, of the personalities of its staff and of the issues raised in the representation of exotic cultures. Issues of changing museum theory and practice are raised in a detailed case-study that also focuses on the social life of the museum community. This is the first history of a remarkable museum and a memorable interlude in the long history of one of the world’s oldest and greatest museums. Although not presented as an academic study, it should be useful for museum and cultural studies as a well as a wider readership interested in the British Museum.