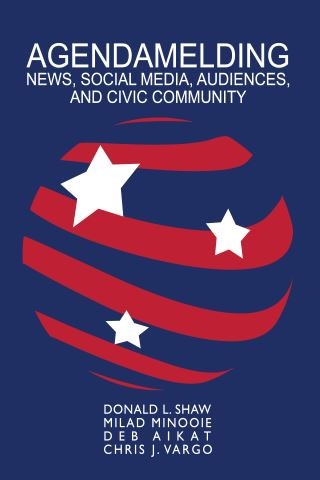 Agendamelding: News, Social Media, Audiences, and Civic Community builds on the premise that people construct civic community from the information that they seek—as well as the information that seeks them—to trace the processes by which we mix, or meld, agendas from various sources into a coherent picture of the civic community in which we live. Using the presidential elections of 2008, 2012, and 2016, this book tests a formula that allows us to predict how potential voters lean towards communities in which they feel comfortable—for example, Republican, Democratic, or Independent. These analyses take into account differences in the use of traditional news media vs. social media among media consumers, as well as varying levels of press freedom across national populations.