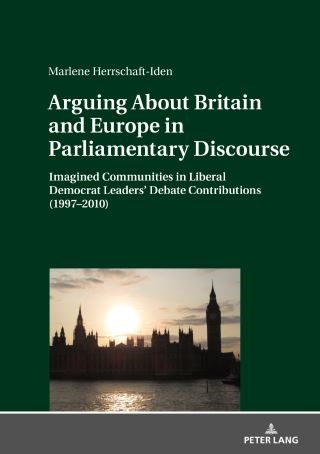 Arguing About Britain and Europe in Parliamentary Discourse

Since the fateful referendum in 2016, Brexit dominates British politics. This book focuses on the parliamentary discourse of the allegedly most pro-European British political party, the Liberal Democrats. Combining a political discourse analysis with a Cultural Studies perspective, it scrutinises the party leaders’ contributions to parliamentary debates on European integration regarding the arguments they advanced to justify their position from 1997–2010 and the verbal images they used to describe both Europe and Britain. The study’s results contribute to understanding the current dynamics in British politics: sending mixed messages at best, the pro-European actors failed to make a convincing and coherent case for a common European future in the past.