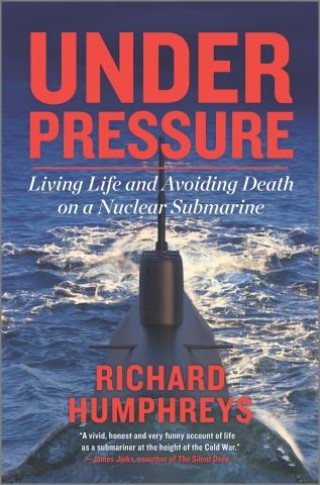 Living Life and Avoiding Death on a Nuclear Submarine

This is the world of the submariner. This is life under pressure.

What’s it like to spend three months without sunlight, sharing what little space you have with over a hundred fellow crewmen and more firepower than all the bombs dropped in World War II combined? This is the world of the submariner. This is life under pressure.

As a restless and adventurous eighteen-year-old, Richard Humphreys joined the Royal Navy submarine service. For five years during the Cold War, he served on the nuclear sub HMS Resolution. Nothing could have prepared him for life beneath the waves. He existed in a world without natural light, surrounded by 140 other men, all eating the same food, breathing the same air, smelling the same putrid smells and surviving together in some of the most forbidding conditions imaginable.

Based on Humphreys’ firsthand experience, Under Pressure is the candid, visceral and incredibly entertaining account of what it’s like to live, work, sleep and eat—and stay sane—in one of the most extreme man-made environments on the planet.

Richard Humphreys: Richard Humphreys has been a bookseller for over twenty years. In 2017, he sat on the judging panel of the prestigious Costa Awards for Best Biography. From 1985 to 1990, Richard served in the Royal Navy and spent his career on the Polaris submarines, which carried nuclear ballistic missiles. Under Pressure is his first book. He lives with his family in London.