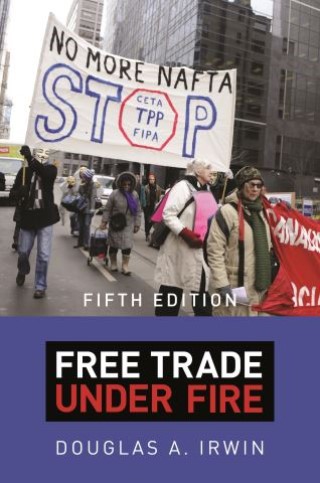 Free trade is always under attack, more than ever in recent years. The imposition of numerous U.S. tariffs in 2018, and the retaliation those tariffs have drawn, has thrust trade issues to the top of the policy agenda. Critics contend that free trade brings economic pain, including plant closings and worker layoffs, and that trade agreements serve corporate interests, undercut domestic environmental regulations, and erode national sovereignty. Why are global trade and agreements such as the Trans-Pacific Partnership so controversial? Does free trade deserve its bad reputation? In Free Trade under Fire, Douglas Irwin sweeps aside the misconceptions that run rampant in the debate over trade and gives readers a clear understanding of the issues involved. In its fifth edition, the book has been updated to address the sweeping new policy developments under the Trump administration and the latest research on the impact of trade.