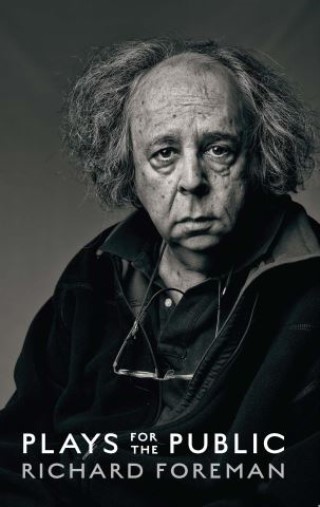 Plays for The Public

“There’s an irresistible joy to reading these plays…examining them at leisure without the urgent propulsive forward movement of the theater, reveals beauties and resonances uniquely literary.” —Oskar Eustis, Artistic Director, The Public Theater, from his foreword

Plays for The Public includes:

The Gods Are Pounding My Head! (AKA Lumberjack Messiah)

“Vintage Foreman: ravishing, perplexing, scary, a sensual and intellectual message for those weary of causality and psychology.” —Time Out New York

“What makes Mr. Foreman’s work so entertaining is his ability to turn these classic, head-scratching concerns into phantasmagorical vaudevilles in which all the world’s a stage that keeps changing shape on you… Mr. Foreman is a grandmaster.” —New York Times

This volume features the two plays sumptuously produced at The Public Theater in New York City that mark the culmination of Richard Foreman’s unstintingly inventive, astonishing career in theater, just as he was beginning to devote his creative energies entirely to filmmaking.