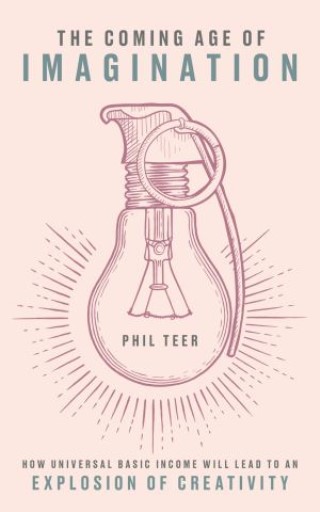 The Coming Age of Imagination

How universal basic income will lead to an explosion of creativity

Every adult paid a living wage. No strings attached.

Universal basic income is a very old idea that is fast becoming the radical idea of the twenty-first century. It could eradicate poverty and avoid a much-predicted dystopian future of automation and high unemployment – but it could also have an unexpected effect: an explosion of mass creativity.

Phil Teer draws insights from the creative and entrepreneurial effects of basic income experiments and weaves them into stories of how the Romantic poets invented consumerism; artists regenerated cities like New York, Glasgow and Berlin; and creative geniuses like David Bowie, Bob Dylan, Kurt Vonnegut, Haruki Murakami and many others liberated their creative spirits and transformed their lives.

The Coming Age of Imagination is a creative manifesto for universal basic income. When we no longer have to worry about money, we have the opportunity to be creative on a mass scale. Simply put, basic income changes everything.