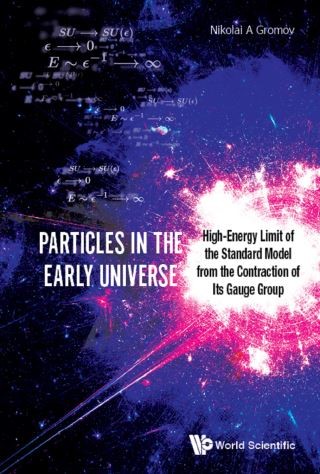 Particles in the Early Universe

The aim of this book is to develop a contraction method for classical orthogonal and unitary groups (algebras), and apply it to the investigation of physical structures, offering a new and unique interpretation to the high-energy limit of the Standard Model. Readers will find a comprehensive and rigorous study, summarized as follows: The space-time models (or kinematics) are described on the motion group level. The Jordan–Schwinger representations of the groups are shown to be closely connected to the properties of stationary quantum systems, whose Hamiltonians are quadratic in creation and annihilation operators. The high-temperature limit of the Standard Model is associated with the contraction of its gauge group, and the tending-to-zero contraction parameter is connected to the inverse average energy (temperature) of the Universe. This makes it possible to re-establish the evolution of particles and their interactions in the early Universe up to Planck energy, where readers shall discover that the properties of elementary particles change drastically in the infinite temperature limit: all particles lose mass, all quarks are monochromatic, electroweak interactions become long range and are mediated by neutral currents.

Absent in all known literature, this book would be the first in describing the dynamics of particle properties and their interactions at different stages in the evolution of the Universe. Presenting both physical and mathematical approaches to various problems, and their applications to the physics of the early Universe, this book will be a valuable addition to the sparse literature on the subject matter.