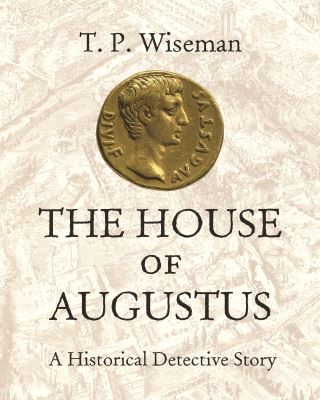 The House of Augustus

Caesar Augustus (63 BC–AD 14), who is usually thought of as the first Roman emperor, lived on the Palatine Hill, the place from which the word “palace” originates. A startling reassessment of textual and archaeological evidence, The House of Augustus demonstrates that Augustus was never an emperor in any meaningful sense of the word, that he never had a palace, and that the so-called "Casa di Augusto" excavated on the Palatine was a lavish aristocratic house destroyed by the young Caesar in order to build the temple of Apollo. Exploring the Palatine from its first occupation to the present, T. P. Wiseman proposes a reexamination of the "Augustan Age," including much of its literature.

Wiseman shows how the political and ideological background of Augustus' rise to power offers a radically different interpretation of the ancient evidence about the Augustan Palatine. Taking a long historical perspective in order to better understand the topography, Wiseman considers the legendary stories of Rome’s origins—in particular Romulus' foundation and inauguration of the city on the summit of the Palatine. He examines the new temple of Apollo and the piazza it overlooked, as well as the portico around it with its library used as a hall for Senate meetings, and he illustrates how Commander Caesar, who became Caesar Augustus, was the champion of the Roman people against an oppressive oligarchy corrupting the Republic.

A decisive intervention in a critical debate among ancient historians and archaeologists, The House of Augustus recalibrates our views of a crucially important period and a revered public space.