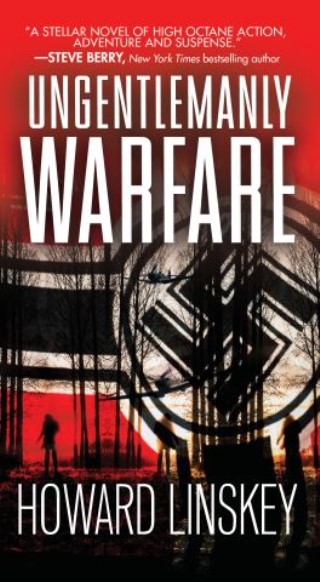 A secret assassin. An impossible mission. Failure is not an option.

1943. With Nazi Germany facing defeat, Reichsmarschall Hermann Göring has authorized mass production of the Messerschmitt Me 163 Komet, a jet-propulsion engine aircraft faster than any plane in the Allies’ arsenal. But British Intelligence has discovered that the Komet is unstable and German scientist Professor Gaerte has been tasked to fix the plane’s flaw. To prevent the Komets from getting airborne, an undercover task force must infiltrate Nazi-occupied France and assassinate Gaerte.

Captain Harry Walsh is one of Britain’s most effective, ruthless, and unorthodox Special Operations Executive agents. Allied with an American OSS and Free French operatives, Harry leads his squad behind enemy lines where he’s reunited with fellow SOE operative—and former lover—Emma Stirling. But as the team proceeds with their mission, an SS officer from Harry’s past pursues the Englishman on a very personal mission of revenge . . .

“Linskey is one of the most commanding crime fiction practitioners at work today."—Financial Times

"A new master of the gripping, gritty thriller."—Paul Finch

“One of the best new writers around."—Mark Billingham