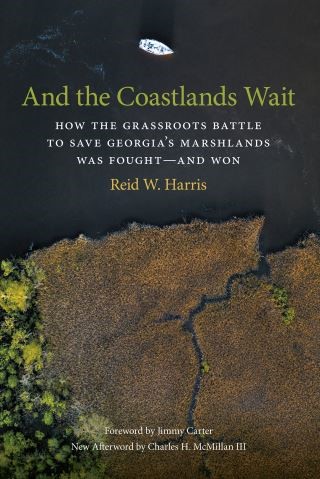 And the Coastlands Wait

A broad-based coalition of conservative southern politicians, countercultural activists, environmental scientists, sportsmen, devout Christians, garden clubs in Atlanta, and others came together to push the Coastal Marshlands Protection Act of 1970 through the Georgia state legislature. The law was a first-in-the-nation bill to save the marshes of a state from mining and aggressive development and was a political watershed that reflected the changing nature of the state. It set a foundation that would lead to the thoughtful use of the state’s coastal resources still relevant today.

And the Coastlands Wait is the history of this legislative act, as told by St. Simons lawyer and leader of the coalition, Reid Harris. Harris served as head of the environmental section of Governor Jimmy Carter’s Goals for Georgia program and later as chairman of the governor’s State Environmental Council. The coastlands coalition he led backed a groundbreaking act that, when instated, set up a permitting process to control development and to protect five hundred thousand acres of precious Georgia marshland. That coalition did not survive for long and is now seen as an unusual moment in the history of conservation, when allies as deeply diverse as conservative governor Lester Maddox and Atlanta liberals stood together.