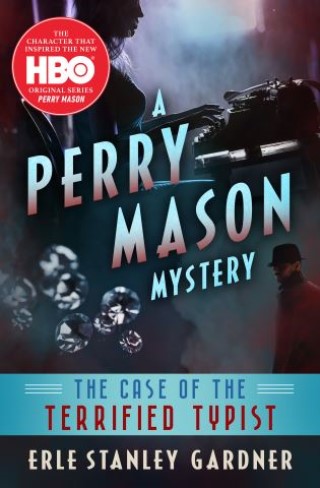 The Case of the Terrified Typist

The Edgar Award–winning author’s tale of a missing woman and a crime ring, featuring the lawyer and detective who inspired the HBO limited series.

Defense lawyer Perry Mason needs a temporary typist, but the one he hires turns out to be more temporary than expected. When she disappears, leaving a couple of diamonds behind in her haste, Mason winds up taking on a new client: a gem importer in his office building who’s been charged with smuggling and murder. But if Mason’s going to untangle this case, finding the typist is key . . .

Erle Stanley Gardner:
Erle Stanley Gardner (1889–1970) was an author and lawyer who wrote nearly 150 detective and mystery novels that sold more than one million copies each, making him easily the best-selling American writer of his time. He ranks as one of the most prolific specialists of crime fiction due to his popular alter ego, lawyer-detective Perry Mason. A self-taught lawyer, Gardner was admitted to the California bar in 1911 and began defending poor Chinese and Mexicans as well as other clients. Eventually his writing career, which began with the pulps, pushed his law career aside. As proven in his Edgar Award–winning The Court of Last Resort, Gardner never gave up on the cases of wrongly accused individuals or unjustly convicted defendants.