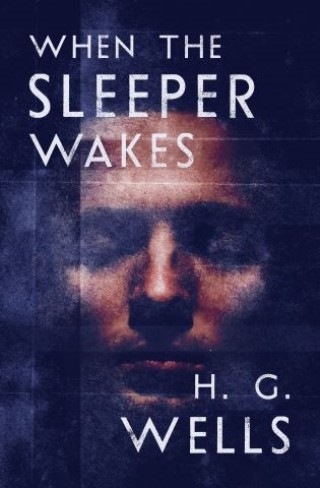 When the Sleeper Wakes

From the author of The Invisible Man and The War of the Worlds: “Everyone who has ever read When the Sleeper Wakes remembers it” (George Orwell).

One of the founding fathers of science fiction, H. G. Wells is known for such landmark novels as The Time Machine and The Island of Doctor Moreau. In When the Sleeper Wakes, he sends a nineteenth-century man hurtling into an unfamiliar dystopian future . . .

In 1890s England, Graham, a fanatic socialist and author of prophetic writings, takes medication for his insomnia and is plunged into a deep sleep that lasts two hundred years. He awakens in a domed twenty-second-century London in which he has become—due to the compound interest on his bank accounts—the richest man in the world.

But as a nightmarish caste system is revealed, Graham realizes all his worst fears for the future have come to fruition, especially when he discovers a lower class of workers who spend their entire lives underground—a species that will soon evolve into the Morlocks of Wells’s The Time Machine.

“Even in the 21st century, Wells still speaks to our fears and dreams.” —The Washington Post

“Nothing is more striking about Mr. Wells . . . than his power of lending freshness and vitality to some well-worn formula of fiction.”—The Spectator

H. G. Wells:
The son of a professional cricketer and a lady’s maid, H. G. Wells (1866–1946) served apprenticeships as a draper and a chemist’s assistant before winning a scholarship to the prestigious Normal School of Science in London. While he is best remembered for his groundbreaking science fiction novels, including The Time Machine, The War of the Worlds, The Invisible Man, and The Island of Doctor Moreau, Wells also wrote extensively on politics and social matters and was one of the foremost public intellectuals of his day.