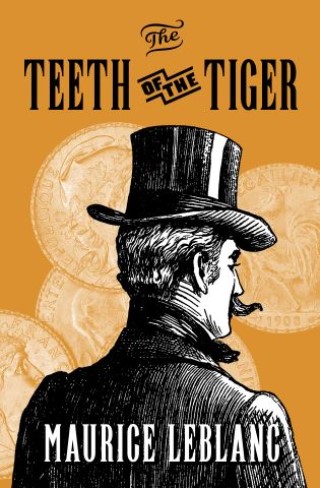 The Teeth of the Tiger

A large inheritance is up for grabs—and a murderer on the loose—in this thrilling 1914 mystery featuring French gentleman thief Arsène Lupin.

When a wealthy man named Cosmo Mornington dies, he leaves an immense inheritance to any living heir that can be found, and names his dear friend Don Luis Perenna as executor. But Mornington’s heirs aren’t easy to locate. By provision of the will, if none turn up after three months, the full sum of one hundred million francs will go to Perenna himself . . . otherwise known as master thief Arsène Lupin.

While the French authorities have good reason not to trust Perenna, suspicion only escalates as Mornington’s distant family members reach a series of untimely ends. But in a deadly race against time, there’s no one better suited to catch a killer than the greatest thief in the world.

Maurice Leblanc:
Maurice Leblanc (1864–1941) was best known for his tales featuring the gentleman thief Arsène Lupin. Born in Rouen, France, Leblanc was inspired by the success of Arthur Conan Doyle’s Sherlock Holmes stories and invented Lupin as a French adversary for the great detective. Lupin appeared in dozens of novels and short stories and was the basis for several films. Of his great antihero, Leblanc once said, “Lupin follows me everywhere. He is not my shadow. I am his shadow.”