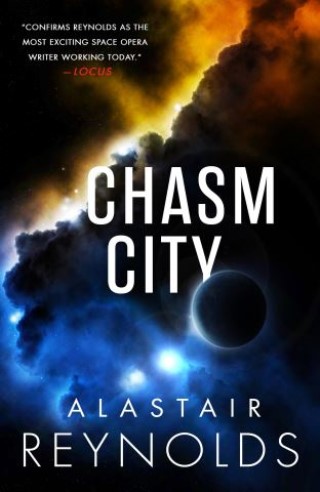 Return to the dazzling world of Revelation Space with this British Science Fiction Award-winning space opera about a young man hell-bent on revenge on the surface of a twisted, disease-corrupted planet.
The once-utopian Chasm City -- a domed human settlement on an otherwise inhospitable planet -- has been overrun by a virus known as the Melding Plague, capable of infecting any body, organic or computerized. Now, with the entire city corrupted -- from the people to the very buildings they inhabit -- only the most wretched sort of existence remains. For security operative Tanner Mirabel, it is the landscape of nightmares through which he searches for a lowlife postmortal killer. But the stakes are raised when his search brings him face to face with a centuries-old atrocity that history would rather forget.
One of Locus and Science Fiction Chronicle's "Best SF Novels of the Year"