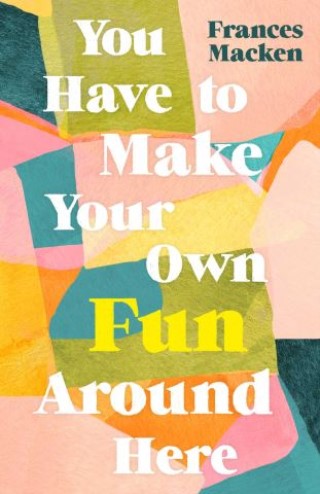 You Have to Make Your Own Fun Around Here

Katie, Maeve and Evelyn – friends forever, united by their childhood games and their dreams of escaping the tiny Irish town of Glenbruff.

Outspoken, unpredictable and intoxicating, Evelyn is the undisputed leader of the trio. That is, until the beautiful, bold Pamela Cooney arrives from Dublin and changes Glenbruff forever...

Told from Katie's witty, quirky perspective, Frances Macken's debut beautifully captures life in a small town and the power of yearning for something bigger. Filled with unforgettable characters and crackling dialogue, You Have to Make Your Own Fun Around Here takes a keen-eyed look at the complexities of female friendship, the corrosive power of jealousy and guilt, and the way that life can quietly erode our dreams unless we're willing to fight for them.

Frances Macken: Frances Macken is from Claremorris, Co. Mayo. She completed a BA in Film and Television Production at the National Film School, Dún Laoghaire Institute of Art, Design and Technology. She has a Masters in Creative Writing from the University of Oxford and is the author of several short stories. You Have to Make Your Own Fun Around Here is her debut work of literary fiction.