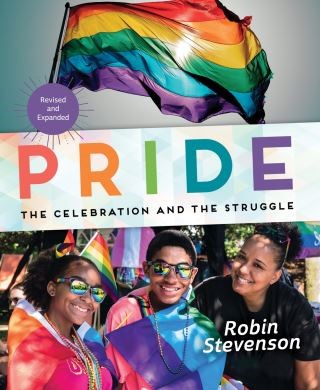 The Celebration and the Struggle

Like the original version, this new edition of Pride: The Celebration and the Struggle celebrates the LGBTQ+ community's diversity and the incredible victories of the past 50 years—but it also has a larger focus on activism, the need to keep fighting for equality and freedom around the world and the important role that young people are playing. The new edition has been updated and expanded to include many new Proud Moments and Queer Facts as well as a profile of LGBTQ+ refugees from Indonesia, a story about a Pride celebration in a refugee camp in Kenya and profiles of young activists, including teens from a Gender and Sexuality Alliance organizing Pride in Inuvik and a trans girl from Vancouver fighting for inclusion and support in schools. There is also a section on being an ally, a profile of a family with two gay dads (one of them trans) and much, much more!