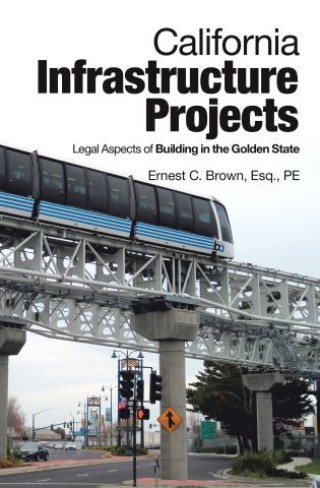 Legal Aspects of Building in the Golden State

This a book about the legal system in the Golden State. California’s economy, on a global scale, is large enough to constitute the fifth largest national economy. The City of Los Angeles and the San Francisco Bay Area are the second and fourth largest population centers in the U.S., respectively. They are also among the fastest growing regions in the nation. The State of California spends billions of dollars on infrastructure projects. For example, the California Department of Transportation (“CalTrans”) has more than 23,000 employees with a budget of $14.7 billion — up more than 50% from 2017-2018. CalTrans will repair or repave more than 17,000 miles of road surfaces in the next eight years, as well as fix 500 bridges and 55,000 culverts. This book is dedicated to architects, engineers, contractors, suppliers, elected public officials and ordinary citizens who want these infrastructure projects to be built legally, economically and safely.