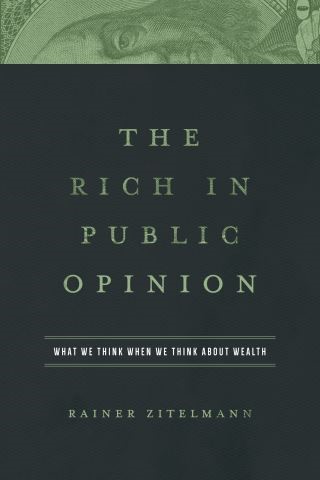 The Rich in Public Opinion

What We Think When We Think About Wealth

What do people in the United States and Europe think about the rich? There are several thousand books and articles on stereotypes and prejudices directed at women, people of various races or nationalities, and even the poor. In contrast, there has only been sporadic research into stereotypes about the rich and no published comprehensive, scientific study on the topic—until now.

Negative prejudices and stereotypes have repeatedly been used to justify the exclusion, expulsion, persecution, and murder of minorities who have been scapegoated at times of social crises. The 20th century is full of examples of wealthy people, including capitalists, kulaks, and other groups, who were victims of deadly persecution. These were exceptional situations but, even in moderate forms, prejudice against social groups harms society as a whole—not just the rich—through economic or physical destruction and declining prosperity.

In The Rich in Public Opinion: What We Think When We Think about Wealth, historian and sociologist Rainer Zitelmann examines attitudes about wealth and the wealthy in four industrialized Western countries: Germany, the United States, France, and Great Britain. Consisting of three parts, this book first surveys the literature about stereotypes and prejudices. Zitelmann then reports on never-before-seen data commissioned by the polling firm Ipsos MORI and from the Allensbach Institute, which conducted identical surveys of residents of four countries regarding various aspects of their attitudes toward wealth. Lastly, The Rich in Public Opinion looks at the portrayal of the rich in media and film.

People often admire the wealthy, but Zitelmann shows that people can also envy them—a sometimes toxic envy that can put lives at risk. This book aims to examine how we think about a minority that, while undeniably powerful, can still be the subject of negative stereotypes, prejudice, and scapegoating—often with dire effects for us all.